Does Mode of Birthing Have Any Effect on Breastfeeding?

Assalamualaikum/Greetings.
It's been quite a long hiatus since I wrote. Truly I love writing and I find it a source of therapy for myself while I share whatever little knowledge I gained during studying and consultation sessions with my clients.

As a Childbirth Educator and also a Lactation Counselor, this is a topic close to my heart. Does MODE OF BIRTHING actually has any impact on breastfeeding success? Let's have a little insight on this topic.

Firstly, I will briefly enlighten on the lactation physiology for a better understanding. 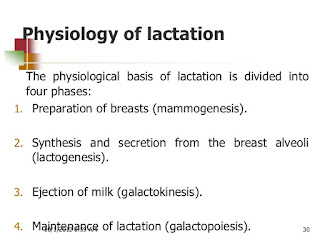 Very briefly focusing on lactogenesis, it is divided into 3 stages.

Stage 1: Begins during the second trimester of pregnancy & continues until about day 2-3 postpartum. During this period, the breast undergoes changes to prepare for lactation while the constituents of milk are already being manufactured and ready to be released under stimulation of prolactin after childbirth. 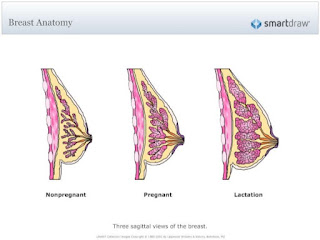 Stage 2: Begins during postpartum day 2 or 3. This is when a mother might feel a sensation of breast fullness or also known as "milk coming in".

Stage 3: This is the phase of maintainence of breastmilk secretion. This occurs during days 14 to day 30 of post partum. This is when mature milk is established. Prolactin and Oxytocin is essential for effective maintainence of milk supply, therefore frequent nursing and milk expression (if necessary) is essential during this period of time to ensure sufficient supply.

Onset of secretory activation (lactogenesis II) is an endocrine@hormonal function, while maintenance of lactation, lactogenesis III, is an autocrine@local function with the control located in each breast.

With this in mind you will understand that mode of delivery will not affect the physiological onset of lactation.

Note that the mode of delivery (vaginal vs cesarean) was not the cause of delayed lactogenesis. Only something that interferes with the proper functioning of the endocrine system will delay or inhibit secretory activation such as accidents at birthing for example, retention of a functional portion of the placenta that continues to secrete progesterone, or a hemorrhage severe enough to cause Sheehan's syndrome (pituitary gland necrosis). And so might stress.


Below are some studies associating stress & delayed milk onset.
High stress levels are correlated with high cortisol levels. Cortisol, in normal concentrations, is also necessary to initiate secretory activation (lactogenesis II) successfully, though what its role is isn't fully understood yet.

I have not touched on the intrapartum factors like ability to eat, drink, IV fluids commencement, mobility, analgesia with regards to breastfeeding; which I will do so in future posts, hopefully :-)

Maternal Commitment? In the end, this is the most important key to breastfeeding success!

Several authors(7,9,12) have demonstrated that maternal commitment and support by health care professionals are significant factors in the mother reaching her breastfeeding goal when obstetric factors are against it. Intervention is sometimes lifesaving, and sometimes we are in no position to prevent unnecessary intervention. Giving the neonate and mother as much skin-to-skin contact as possible, being patient and continuing to support the mother for as long as it takes are all important to assisting her to follow through with her commitment to breastfeeding.

Of course, early preparation like attending breastfeeding and birthing classes during the antenatal period would help mothers be well prepared on birthing and breastfeeding, empower themselves with knowledge and ensure that they understand what is happening during the time of labour to avoid stress on themselves should anything unplanned happen along they way.

So, moral of the story, be it spontaneous vaginal delivery or caesarian section..empower yourselves with knowledge, understand what is going on with your body and should you need necessary interventions, understand the situation, think rationally, avoid grudge or holding on to emotional baggage..please avoid stress...and believe that you can breastfeed your baby!

Posted by Shahirah Mohd Hassan at 07:51